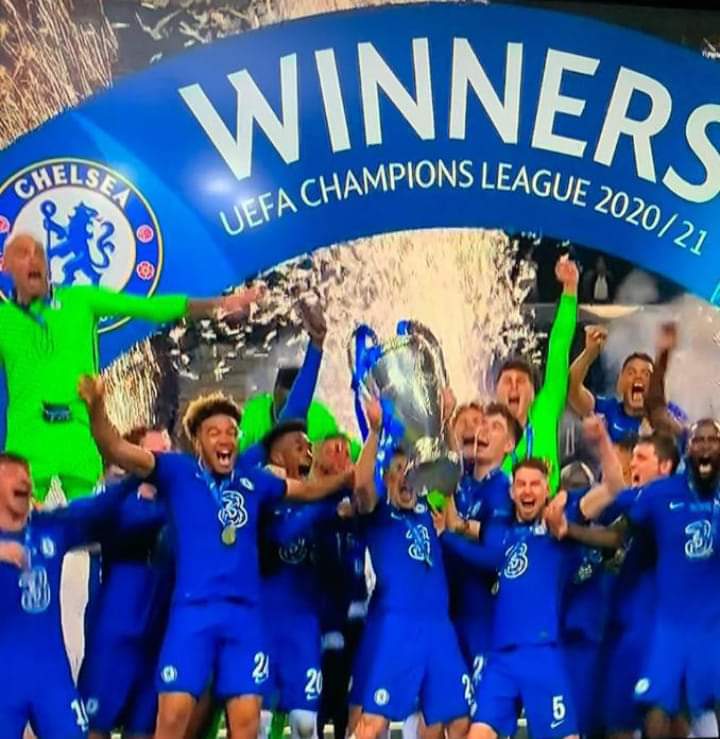 According to report gathered , The Senegal international becomes the first African goalkeeper to play in the competition’s final since 1985.

Edouard Mendy has set a Champions League record having made Chelsea’s starting XI for Saturday’s final against Manchester City.

Edouard Mendy becomes the first African goalkeeper to play in a Uefa Champions League final & the first since Bruce Grobbelaar in 1985 including the old European Cup.

During the final, City pressed high but struggled to trouble Edouard Mendy in the Chelsea goal, while at the other end Timo Werner should have done better than shoot straight at Ederson in the 14th minute.

Chelsea then suffered an injury blow as an emotional Thiago Silva was forced off hurt, Andreas Christensen taking the Brazilian’s place in central defence.

Yet it was they who opened the scoring in the 42nd minute, Mason Mount’s ball splitting the City defence with John Stones out of position, allowing Havertz — their marquee 71 million-pound ($100m) signing last summer — to go around the lunging Ederson and convert into an empty net.

City now needed to break down a Chelsea defence that has been exceptional since Tuchel came in.

But they lost De Bruyne just before the hour mark, the brilliant Belgian taken out in a collision with Antonio Ruediger that appeared to leave him concussed.

He came off in tears, and Guardiola instead turned to Sergio Aguero for the latter stages, but there was to be no glorious send-off as a City player for the Argentine, even if a Riyad Mahrez shot sailed just over in the sixth minute of injury time.

There was also no third European Cup for Guardiola, who remains one adrift of the record for the coaches with most wins in the competition, held jointly by Bob Paisley, Carlo Ancelotti and Zinedine Zidane.