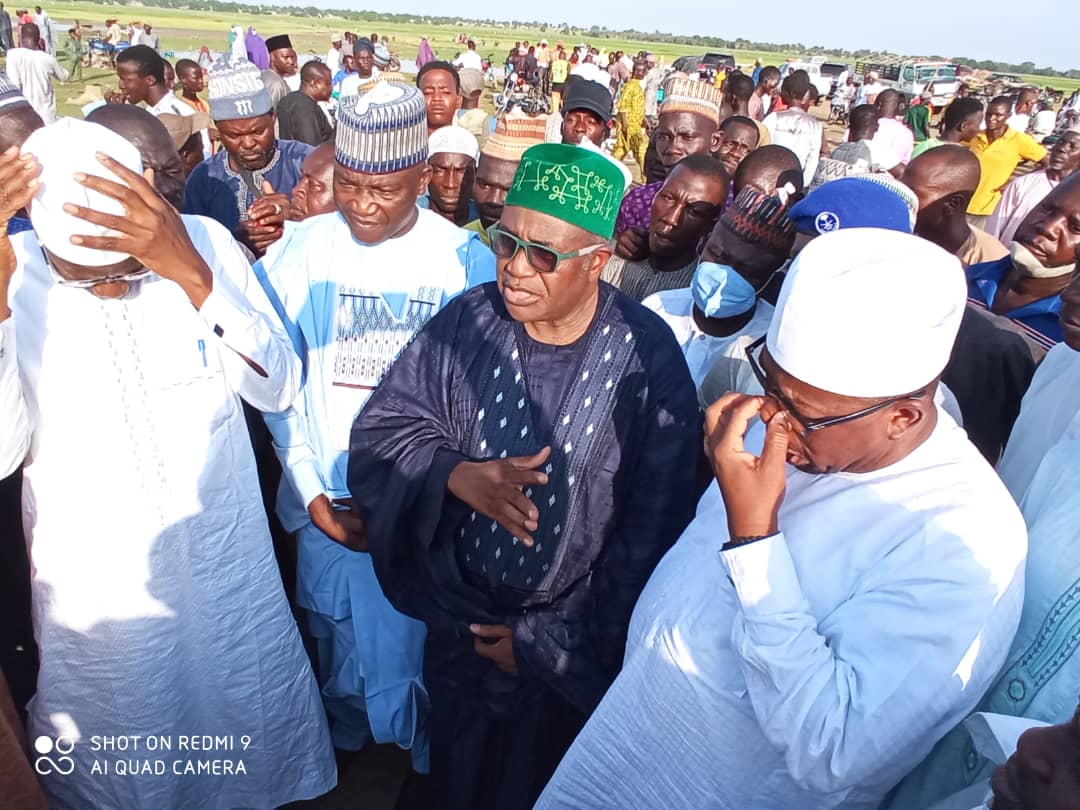 Sadiq-Yelwa added that consultations were also ongoing with the National Inland Waterways Authority (NIWA) to crush floating big rocks causing obstructions and accidents on the waterways.

Nura Tanko-Wakili, Head, Media and Public Affairs, HYPPADEC, stated this in a statement issued to the News Agency of Nigeria (NAN) in Birnin Kebbi, on Saturday.

The statement quoted the MD as disclosing this when he led a delegation from the commission to Wara, Ngaski Local Government Area of Kebbi State, to commiserate with the people of the area over the recent boat mishap that claimed over 100 lives.

“The commission has secured approval of the Governing Council to cut and evacuate tree trunks in some portions of River Niger while consultations are ongoing with National Inland Waterways Authority to crush big rocks causing accidents on the waterways.

‌”All these are part of the Commission’s proactive measures to address the incessant boat and canoe accidents on the River Niger.

“This delegation has the directives of the Chairman, HYPPADEC Governing Council, Barrister Joseph Terfa Ityav, to commiserate with the people affected by the incident.

“This ugly incident is highly devastating, therefore, I want to advocate for a concerted effort to avert future occurrence,” Sadiq-Yelwa said.

He stated that the HYPPADEC governing council and management were touched by the catastrophe and would soon convene a stakeholder consultative meeting, to explore other possible safety and control measures in maritime transportation in the area.

Sadiq-Yelwa described the stakeholder meeting as part of the commission’s timely response to addressing the human factors contributing to the menace of boat mishaps.

The HYPPADEC chief executive also announced a cash donation of N300 million as a support to the families of the deceased and the survivors that were still receiving treatment at home and in the hospital.

He prayed for repose of the souls of the deceased and urged riverine communities to always observe safety measures while crossing the river.

Responding on behalf of the people, the Chairman, Ngaski Local Government council, Alhaji Abdullahi Buhari-Wara and the District Head of Maginga, Alhaji Abdulmalik Nuhu, thanked HYPPADEC for the timely visit and support to the victims.

They also expressed appreciation for the activities outlined by the commission to mitigate the menace of boat mishaps, urging relevant authorities to ensure enforcement of maritime transportation safety guidelines.

Our govt.’s impact felt in all sectors, says Oyetola