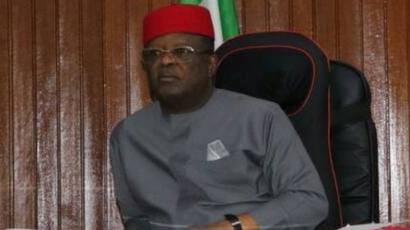 Out of 109 of them, 83 were relived of their duties.
Secretary to the State Government (SSG), Dr Kenneth Ugbala, during a joint exco briefing in Abakaliki, said the dissolution was in two phases.

He however pointed out that some key officers were not affected by the first phase of the dissolution.

Commissioner for Road Infrastructure Concession, Nweze Kings, and his counterpart in charge of Works, Ogbonnaya Obasi as well as the SSA on Welfare and Religious Matters, Rev Fr Abraham Nwali are also to remain.

The Special Assistants to the Governor office of the Deputy Governor, Capital City, Finance, Parks, Media and Medicals are also to remain in their positions.

Also all Personal Assistants to the Governor are also not affected by the dissolution.

Related Topics:Ebonyi state
Up Next