Road to Sudan, by Majeed Dahiru 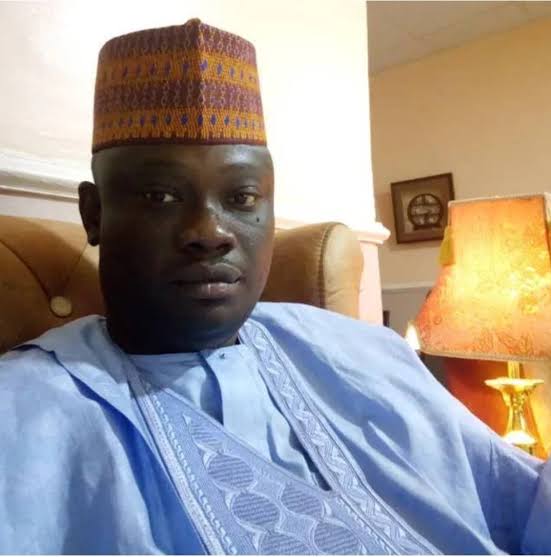 With its peoples deeply divided along ethno-geographic and religious fault lines under a tensed socio-political atmosphere arising from heightened insecurity, the situation in Nigeria today reads like a tragic plot from the Sudanese playbook.

Like Nigeria, Sudan was a British colonial creation, which lumped racially, ethnic and religiously diverse peoples together in a self-serving scheme of nation building experimentation.

Nigeria, like Sudan is almost evenly split into a predominantly Muslim north and a Christian south. Whilst, both countries are rich in oil mineral resources, most of it is deposited in their Christian south but the power to decide who gets what, when and how from the accruing oil mineral revenues have been domiciled in the Muslim north for most part of the several decades of independence from the British in 1956.

Sadly, the British experiment of making a nation out of a vast Sudanese country stretching over a land mass of 2,505, 800 sq km, with a mosaic of over 40,000,000 people failed spectacularly in 2011, when the country splintered along its festering ethno-geographic and religious fault lines into the two countries of predominantly Christian South Sudan and Muslim Sudan[north]. Whereas, the British succeeded in creating Sudan in 1956, the constituent peoples of the country failed to build a Sudanese nation fifty five years after independence.

The failure of the Sudanese state and its subsequent division into two ethno-geographic and religious entities was a long time coming after several years of the purveyance of Islamist separatism, northern regional exceptionalism and ethnic trans-border nationalism by the Arab Muslim power masters of Sudan. These tendencies gave rise to a northern dominated central government of Sudan that was high on sectionalism, bigotry and irredentism, which resulted into the marginalisation and discrimination of other sections of the Sudanese country.

Separatist agitations and several decades of armed struggle for self-determination including two civil wars between the South Sudan Liberation Movement led by rebel leader, John Garang and the Sudanese national army, were reactions to the historic injustices and systematic marginalisation of the mostly Christian Southern Sudanese people by successive northern Muslim dominated regime in Khartoum.

The unfolding tragedy in today’s Nigeria is reminiscent of the final hours of the demise of the former Sudan under the leadership of Omar Hassan al-Bashir. In Sudan’s President Omar El-Bashir, the man who led his country down the road to disintegration, Nigeria has a President Muhammadu Buhari. Like al-Bashir of Sudan, President Buhari is from the Muslim north of Nigeria and he similarly rose to power through the support of the forces of Islamism, northern regional exceptionalism and trans-border ethnic nationalism. As was in al-Bashir’s Sudan, a defining feature of Buhari’s Nigeria is the elevation of the sectional interest of his Muslim north over the collective interest of the plurality of Nigeria to a state policy.

Consequently, the policies, programmes, actions, inactions and official communications of the Buhari administration are characterised by ethnic chauvinism, nepotism, cronyism, bigotry and favouritism in advancement of the parochial interest of the Muslim north; a situation that has resulted into an unprecedented levels of marginalisation of the oil rich Christian South of Nigeria.

Again, in Sudan’s Hassan al-Turabi, an influential Islamist political hardliner, one time minister of justice and the man who has been variously described as the brain behind the rise to power of al-Bashir, Nigeria has a Dr Ibrahim Ali Pantami, Buhari’s minister of communications. Arguably one of the most influential Islamic clerics in the Muslim north of Nigeria’s 4th republic, Ali Pantami, a prominent Salafi preacher of Islamist separatism and purveyor of political Islam played a significant role in mobilizing political support for President Buhari in the Muslim north. As was the case with Sudan’s al-Bashir and al-Turabi, Ali Pantami is a close confidant and trusted adviser of President Buhari, whose influence over the decisions or otherwise of the government is believed to be far reaching.

Most significantly, in place of Sudan’s Janjaweed militia men, Nigeria has killer herdsmen. Mostly drawn from the nomadic Arab camel herding tribes of Sudan and neighbouring Chad, the Janjaweed militia men, who share the same race with al-Bashir, were backed by his government to carry out violent attacks of genocide proportions against the sedentary communities of Dafur over natural grazing lands and farmlands. Similarly, killer herdsmen, who are mostly drawn from the nomadic Fulani cattle herding tribe from Nigeria and the rest of the Sahel, are currently waging a war against sedentary communities across Nigeria in a fierce battle over land resources. And like the Janjaweed militia and al-Bashir, President Buhari shares the same ethnic [Fulani] affiliation with the marauding killer herdsmen.

Whereas, unlike the government of al-Bashir, which actively back his Arab Janjaweed militia tribesmen in their genocide in Sudan, there is no evidence yet that president Buhari’s government is backing killer Fulani herdsmen in their violent aggression against sedentary communities in Nigeria. However, the Buhari government is seen to be doing very little to contain and combat their violent activities, which has resulted in the loss of thousands of lives and the displacement of millions more. In fact, rather than declare killer Fulani herdsmen terrorists and deal decisively with them, the Buhari administration is notorious for making excuses for the violent activities of killer Fulani herdsmen, which it always blames on the encroachment of traditional grazing routes and reserves by uncontrolled urbanisation.

In the thinking of the Buhari administration, the solution to the menace of killer Fulani herdsmen is not the enforcement of law and order and the scaling up of security measures to combat the 4th most deadly terror group in the world in defence of lives and properties of Nigerians.

Instead, the Buhari government is advocating on behalf of the killer Fulani herdsmen, for the creation of grazing reserves across the sedentary communities in Nigeria as a panacea for peace and security. In this instance, like al-Bashir of Sudan chose his Arabic race over his Sudanese nationality, President Buhari has chosen his Fulani ethnicity over and above his Nigerian nationality.

With heightened separatist agitations in the Southern half of Nigeria in reaction to President Buhari’s divisive rule, where he is perceived to be championing northern domination, Fulanisation and Islamisation agenda of Nigeria, it has become abundantly clear that a nation can survive a materially corrupt leadership but no nation can survive a leadership that is high on sectionalism. As Buhari appears to be driving Nigeria down the rough road to Sudan, he must pause to spare a thought for his beloved Muslim north.

After six years of coming to power, President Buhari has not solved any of the pre-existing problems of insecurity, illiteracy, disease, poverty and desertification in the Muslim north. Most importantly, President Buhari has not been able to wean the 19 states and 419 local government areas of the region from oil mineral revenues from the Christian south through purposeful economic diversification strategy.

Under his government the Muslim north has been reduced to one of the most impoverished, backward and unsafe places to live on earth. President Buhari’s sectional tendencies, which has alienated the rest of Nigeria has only benefited a few of his family and friends.

Currently bedevilled by a complex web of complicated security challenges, ranging from Boko Haram insurgency in its Eastern flank and cross border banditry in its western corner, the landlocked and oil poor Muslim north will start its journey to Somalia if Nigeria is allowed to get to destination Sudan. Like al-Bashir was of Sudan, will Buhari be the last President of a united Nigeria? History has a way of repeating itself, but the problem remains that mankind ever hardly learns from it by avoiding actions that result into consequential reactions.

Sen. Ali Ndume, and the burden of representation, by Abdullahi D. Mohammed