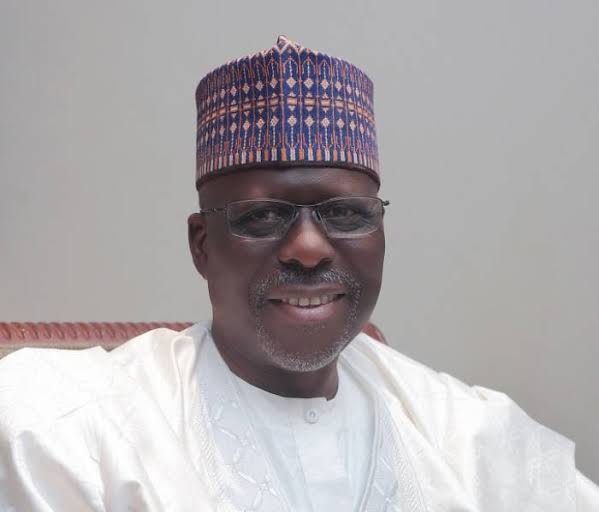 The National Working Committee (NWC) of the PDP has approved the nomination of former Kogi State governor, Idris Wada, as the chairman of the committee to screen all aspirants for the upcoming Anambra State Governorship Election.

PDP in a statement by National Organizing Secretary, Col. Austin Akobundu (rtd), /Saturday noted that other members of the committee include Sen. Ehigie Uzamere, Mrs Martha Bodunrin, Rt. Hon. Jones Onyereri, and Chief James Ugwu who is the secretary.

According to the statement, the screening exercise is scheduled for April 12 – 13, 2021 at the national secretariat of the party.

“It is expected that the aspirants will exercise exemplary conduct and strict adherence to rules and regulations during the assessment that will justify the confidence reposed in them by the leadership of our party,” the statement said.

Ecuador may switch to socialism in Presidential runoff 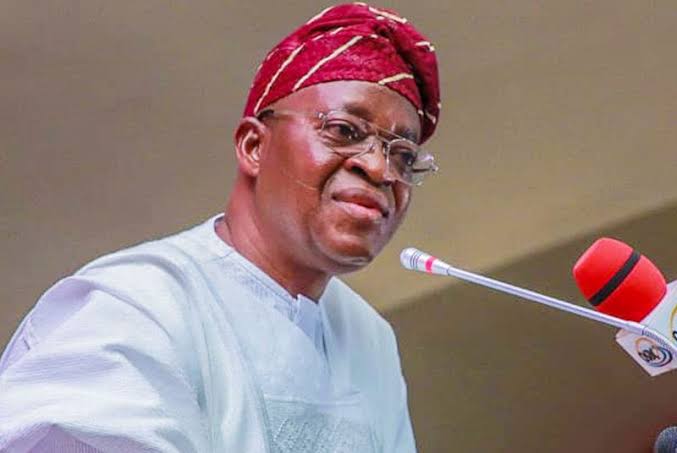 Some of the beneficiaries of the free train service usually provided during the festival periods by the government of the State of Osun, have urged the general public to take maximum advantage of the initiative for educational purposes.

The beneficiaries noted that apart from the socioeconomic support given through the laudable initiative, it behoves the citizens, particularly heads of academic institutions, to maximize the opportunity to encourage students on excursion.

This is even as the train on Sunday returned over 600 passengers who had come home to celebrate Eid-el-fitr with their loved ones back to their various destinations which include, Oyo, Ogun and Lagos States respectively.
Recall that the Administration of Governor Adegboyega Oyetola has sustained the initiative as part of efforts to ease transportation and as well help to ameliorate the palpable socioeconomic challenges facing holidaymakers who are citizens of the State but residing outside Osun, and chose to celebrate their festivals in the State.

Addressing journalists while boarding the train, a beneficiary, Pastor David Oyedele, said he deliberately came to embark on the trip as part of efforts to expose the pupils of his school to rail transportation.

Oyedele, a Director of a private school in Osogbo who boarded the train with about 30 pupils, said he deemed it fit to travel with the free train service provided by the State Government, having identified and seen the great advantages that lie therein.

According to him, the free train service being sponsored by the State Government, particularly during festive periods, had opened windows of opportunity for those who can take it for personal and collective benefits.
“For instance, many believe that the initiative is restricted to convey people and luggage alone. But I want to tell them that this initiative goes beyond that, as it remains the surest way to encourage academic excursion.

“I decided to come this morning with my pupils in order to take them on excursion through this transportation means with the hope to broaden their knowledge and expose them to rail transportation rudimentary.

“As you can see, some of the pupils are seeing the train for the first time while some haven’t travelled with it before. Meanwhile, this will provide them the opportunity of not only seeing it but traveling with it.
“We have taught them the theoretical aspect and with this, they must have experienced the practical aspect by traveling with it.

“I must commend the State Government for providing us this opportunity because if not, we might not be able to actualise this in view of what may cost each of the pupils to do so.
“I am appealing to the people, particularly those resident in Osun, to take the advantage of the initiative for academic excursions since it costs them nothing,” he added.
Also, Master Olaniyi Joshua applauded the State government for the provision of the free train service.

Joshua, a student who was on  excursion, said, “I am happy today because I have the privilege to see the train, board it and travel in it.”
Another passenger, Mr. Akinwale Oluwagbemiga, praised the initiative and described it as unprecedented.

Oluwagbemiga who claimed to have been enjoying the free train service since it was introduced, expressed delight in the fact that the progressive government has been able to sustain the initiative.

He called on the people, particularly the beneficiaries of the initiative to continue to support the government in whatever way they could in order to make the initiative a long-lasting programme.
In her remarks, the Special Adviser to the Governor on Commerce, Industry, Cooperatives and Empowerment, Mrs. Christiana Olusola Ogunfolaju, expressed delight at the impressive turnout of the passengers.

She assured of government’s commitment to continous prioritisation of the people’s welfare and well-being.
Other government’s officials in attendance during the takeoff of the train were the Coordinating Director, Ministry of Commerce, Industry, Cooperatives and Empowerment, Mrs. Kehinde Odediran; Director of Commerce and Investment Promotion, Mrs. Ajibola Falode; Director of Administration, Mr. Afeez Owolabi; Technical Assistant to the Commissioner of Commerce, Mr. Samuel Oyedemi, among others. 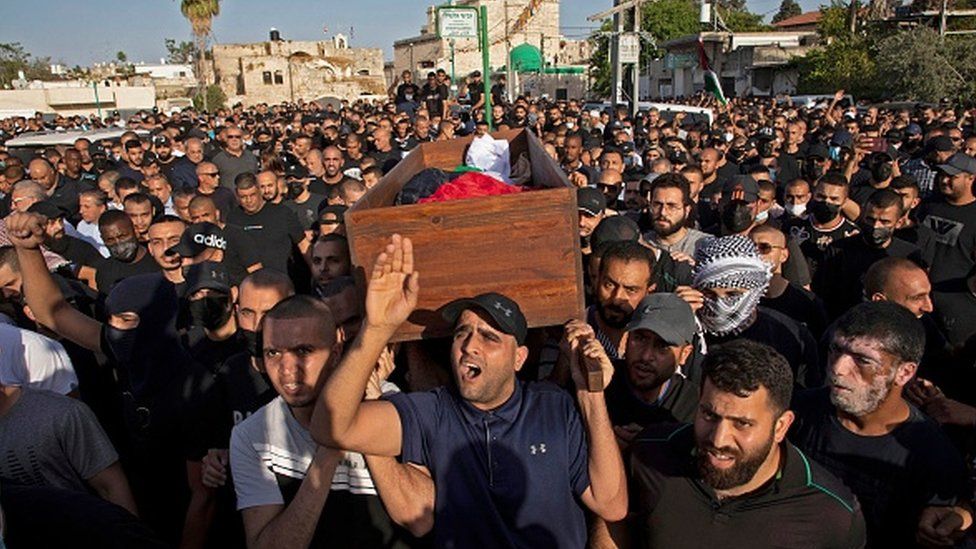 CNN reports that at least two people have been confirmed dead in what was described as a “mass casualty event”, the head of police for Jerusalem district told Israeli television reporters.

Video broadcast on Israeli television shows dozens of worshippers falling to the ground when the crowded bleachers collapsed.

A “considerable number of worshippers were injured,” according to police. A firefighter on the scene told Israel Channel 13 that worshippers appeared to be trapped under the bleachers.

More than 100 have been injured, according to Israeli emergency medical services.

The bleacher collapse comes just over two weeks after 45 people were killed in a stampede at a religious festival at Israel’s Mount Meron, where worshipers had gathered to mark the Lag B’Omer holiday. 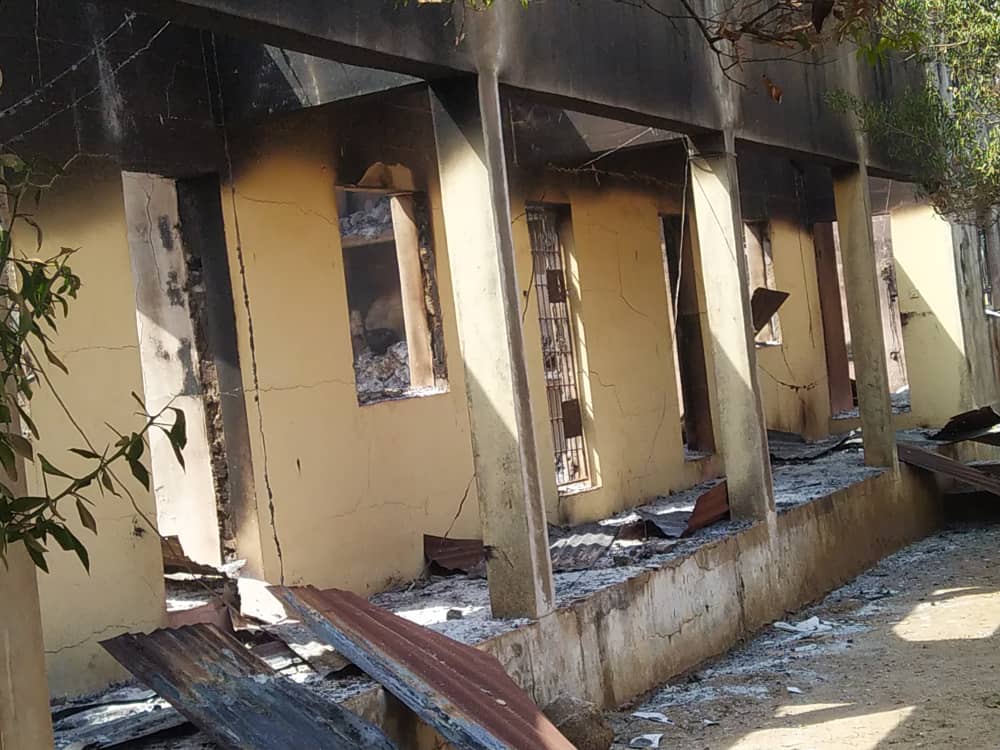 Christian worshippers on Sunday stayed off churches after Police headquarters in Nsukwa, Aniocha South Local Government Area of Delta State, was burnt down by gunmen, who also killed three policemen on duty.

The hoodlums, who attacked the police station around 2am on Sunday, also injured one police officer, Veritynewsonline reports

An witness from om Nsukwa community, who spoke to our correspondent on the condition of anonymity, said both the police station and the police quarters were set ablaze.

He said, “They were four policemen on guard; they shot three police officers dead, that’s the one we see, while one was injured. Even police motorcycles at the premises were burnt also. They (hoodlums) destroyed vehicle and carted away their ammunition.”

It was learnt that the Commissioner of Police, Mohammed Ali, and other security agencies visited the scene of the incident around noon to ascertain the level of the damages.