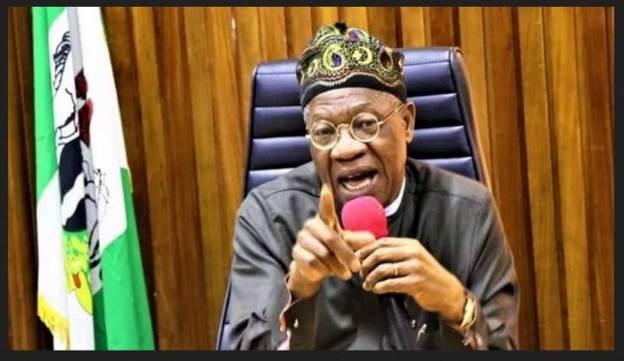 On Monday 4 January 2021, Alhaji Lai Mohammed, the minister of Information and Culture said Nigeria’s efforts to deal with the Boko Haram menace is being frustrated using some foreign entities including human rights groups such as Amnesty International and the International Criminal Court.

He said this at a media briefing in Lagos while speaking on the state of the nation. He also highlighted the achievements recorded by the regime of the President, Major General Muhammadu Buhari (retd.), in various spheres of national life in the outgone year, 2020.

Mohammed alleged that threats of sanctions and other unwholesome tactics being used to threaten and demoralise the nation’s military and security services only go to serve the interests of terrorists and further put Nigeria’s security in jeopardy.

“The Federal Government frowns at this unbridled attempt to demoralize our security men and women as they confront the onslaught from bandits and terrorists. Nigeria did not join the ICC so it can become a pawn on the court’s chessboard. It beggars belief to see that a nation that is fighting an existential war against bandits and terrorists is constantly being held down by an international body, which it willingly joined.” he said.

Lai Mohammed said despite the frustration from another ‘fighting force’ on Nigeria’s efforts, the country has made tremendous progress in tackling banditry and Boko Haram insurgency.

“Government of the Federation to drive the multi-sectoral approach to contain the virus. Nigeria has so far availed itself creditably in the fight against Covid-19 through the deployment of resources, mobilization and training of manpower and expansion of health infrastructure, particularly our testing capacity for Covid-19. We now have over 100 laboratories, public and private, across all the states of the federation for the testing of Covid-19, from just two National Reference Laboratory. ” he said.