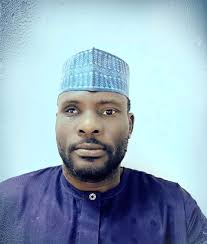 The brand, Buhari , depicts an upright, stern and ultimately-incorruptible ex Military General, and Head of State. Many a tale was told of how during Shagari’s regime he bravely chased and almost annihilated rampaging Chadian rebels who had earlier laid siege on Borno and other Nigerian territories. That singular incidence-a show of sheer patriotism laced with courage, despite the downside endeared many to him. To some, he was a no-nonsense General ready to truly protect the interest and territorial integrity of his fatherland.

Buhari’s military prowess and incorruptible posture were by far, his greatest selling point which propelled him into clinching the Presidency, back in 2015 after three unsuccessful attempts. His success at the 2015 polls were predicated on the worsened security challenges and corruption which defined the Presidency of his predecessor, Dr Goodluck Jonathan.

Five years on, challenges that consumed Dr Jonathan are still visible and pervasive in all spheres. Many questions on the lips of most Nigeria have been, what went wrong with the brand, Buhari; what happened to the once shrewd soldier who detested corruption and wept on national TV on the state of the country?

Curiously, many spurious, unfounded and infantile conspiracy theories began to make the round of a possible Buhari body-double. Jubril-Al Sudani, was supposedly the imposter brought to act, and behave like Buhari who according to the conspirators died a long time ago.Buhari has not died, he is well and alive. But, sadly, the BUHARI in Buhari has died, long time ago!

Audaciously, Buhari wouldn’t rest on his oars, and in his comfort zone watch his home state of Katsina go up in flame, or , condone the cult war ravaging Edo and Rivers states which had become the epicenter of cultism and criminality.

Many are still shocked of a Buhari Presidency that would allow Boko Haram and ISWAP ravage the North East, a region he was most familiar with; was governor, and had marital affinities.

If there were to be a price tag, reward or compensation for electoral patronage, then,  Buhari has not adequately compensated the largest voting bloc in the country, the North. The greatest compensation would have been, securing the region. Appointing people from the region as heads of key security outfits hasn’t been a smart move and proved counterproductive.

A few days ago, the spiritual leader of Muslims in the country and the Sultan of Sokoto, Dr Sa’ad Abubakar decried the unending security challenges which according to him make the region the worst place to live in the country, as bandits had apparently taken over and security operatives seemingly lost on how to restore peace and civility in the region.

Few days after Sultan’s outburst, terrorists struck, this time, in Koshebe Village in Zabarmari, Borno state. 43 farmers were massacred in the most gruesome, inhuman and pathetic manner. The killings sent shock waves across the world.

In a separate report, the UN puts the death toll at over 110!  But, typical of the Buhari-style, a condemnation, condolences and a usual promise of bringing perpetrators to justice by Presidential spokesmen, and life goes on!

Who would have thought a pre-2015 Buhari would allow bandits overrun the North? In 2014, during Ex Emir Sunusi’s coronation, at the Kano Government House, a foreign reporter  demanded to know what he would do differently as a General in combating the scourge of Boko Haram. With a dismissive gesture, Buhari referred to the group as rag-tag misfits that held few local governments, and can be wiped out within weeks if he got elected. The confidence he exuded gave reassurances to many, that the Messiah had arrived. Alluding to this, his former boss, Ex President Obasanjo  in a BBC interview confirmed the confidence he had in Buhari to tame insecurity resoundingly as against the economy. At the moment, prevailing security and economic concerns remain the existential threat to the country; each has  distinct yet, far-reaching implication on the livelihood of Nigerians.

As it were, security challenge has reached an alarming stage such that cannot be ignored, therefore, relying on the Buhari effect is no longer feasible as the waves of such attacks mean one thing- security operatives had been overwhelmed which further exposed the crack in the security architecture.

Prominent citizens had before now harped on the need for government to take more drastic and decisive steps to end the insurgency. First, was a call for the total overhaul of the security structure and, by extension the sack of Service Chiefs.

The National Assembly, also joined in the call, but apparently his response has been uninspiring as he seems contented having them on board. As a rule, you can’t expect different results doing the same thing. Unfortunately, that exactly is what Buhari’s security chiefs are up doing.

If the Buhari effect hadn’t waned, or diminished, we obviously would have seen a semblance or, replica of how  last April, President Idris Deby Itno of Chad gave Boko Haram terrorist a bloody nose when his Army launched a decisive offensive killing over a thousand. He was shown well-kitted in full military gears, and involved in the planning, reconnaissance and other strategies which led to victory. The offensive came after the insurgents killed about a hundred of Chadian soldiers.

In Nigeria, both military and civilians are not spared by the terrorists. Nigeria’s inability to defeat Boko Haram bred another group, the ISWAP which further strained the capacity of the Nigerian forces, hence the need for a new tactical approach.

To say escalations of attacks across the country, especially the North is worrisome is an understatement; it has assumed a dangerous dimension. The North-West has a recurrent weekly pattern of attacks by marauding bandits.

The mostly agrarian region saw a decline in farming activities precipitating food shortage which is a threat on food security. North Central witnessed intermittent attacks on farming communities as well as constant clashes between pastoralists and farmers which threatened food production in the region.

Many are stunned as to why a region with the most heads of security agencies could not secure it against attacks allowing thousands die mercilessly in the hands of terrorists. Definitely, the Buhari effect, or brand has become egregious and obsolete; if it hadn’t, the story would have been different. The North is Buhari’s natural abode, after completing his term, Kaduna-Daura would beckon, now the axis is notoriously known for criminality, what legacy would he bequeath after leaving office?

Insecurity in the country, and the North in particular deserves the attention of all. It is what it is, Buhari’s regime has failed the region, different levels of leadership in the region are also complicit, the intelligentsia, clergy and Ulamas who owe it to speak out kept mute or, unambiguously spoke in hushed tone. If Jonathan were to be President at a time 43 unarmed farmers were massacred, the narrative would have been laced with sentiments.

In the aftermath of the #EndSARS protest, hashtags across the country in solidarity with the North came on, #SecureNorth, and #achecijama’a are few of such, which was intended to catch global attention. When groups under the auspices of Coalition of Northern Group, CNG organized a protest against the killings, they were detained by security operatives of northern extraction, on the orders of same.The imposing question is, who wants to silence the North, and, who are those benefiting from the endless massacres? Regardless of the conspiracy theory, the bulk stop at the table of the C-in-C and his band of security heads.

Consciously, the brand Buhari has lost its charm; he subtly affirmed this when back in 2015 during a visit to South Africa told Nigerians in a town hall meeting how he wished he was much younger when he took over. But the pertinent concerns remain, could his  cognitive sensibilities allow him make profound and sound judgement on issues bordering on insecurity?

People in the know of his routine swore his penchant for listening to the BBC is legendary. He could not have missed such stories even when his handlers refused alerting him.  It has become imperative we begin to question seriously the plausibility and otherwise of his handlers bringing him up to speed with situations in the country.

If the North especially wants to put an end to insecurity like how EndSARS was ended, things must be done differently. Relying on the brand, Buhari is suicidal; the state can no longer guarantee and secure the North, obviously not with the  lackadaisical circus playing out.

The hypocritical approach the North adopts in confronting its most potent challenges remains her greatest undoing. Oftentimes, political affiliation and religious leanings become the central focus of the discourse. Thankfully, more and a lot more people are coming out of their shell to say it as it is without mincing words. The Sultan has spoken, every sane person should lend his voice to demand practical and working solutions to bring to an end the senseless killings in whatever guise.

Condemnation and mere lip service from the Buhari-led federal government cannot secure the North and the country, we must see genuine efforts in that regard, beginning with an entire rejig of the security structure in consonance with the prevailing security challenges.

No individual is greater than the country, no life is more precious than the other. The brand, Buhari has waned, and its efficacy doubtful. We either rise now, or succumb to the evil machinations of elements feeding fat on our resources, and superintend on agencies meant to protect us all.

Abdullahi D Mohammed is with the Department of Political Science and International Studies at the Ahmadu Bello University-Zaria. He writes from Kano.
[email protected]