Breaking: Pepe sent off as Arsenal scratch draw vs Leeds 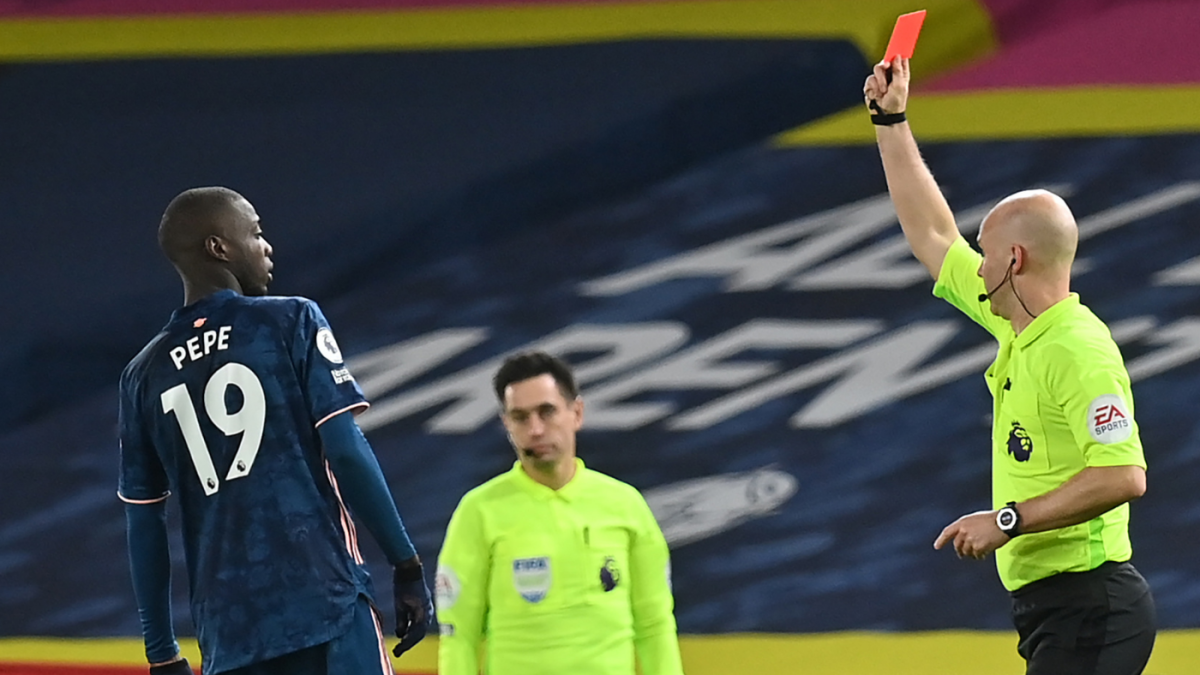 Arsenal held Leeds United after Pepe, who struck the crossbar in the first half, was shown a red card for headbutting Ezgjan Alioski early in the second half on a dismal Sunday afternoon in West Yorkshire.

Toothless Leeds were the better side before Pepe’s dismissal but they were unable to claim a first win over the Gunners since 2003, with Leno outstanding and Rodrigo and Patrick Bamford and Raphinha all striking the woodwork.

Arsenal defended well with 10 men to salvage a point, but they have gone over seven hours without scoring a goal from open play in the top flight, Pierre-Emerick Aubameyang feeding on scraps after being given the chance to start down the middle.

Aubameyang felt Arsenal should have been awarded a penalty for handball against Liam Cooper late on, but VAR disagreed before Bamford headed against the post in a frantic finish.

Leno brilliantly palmed away Bamford’s volley with the Whites well on top, while Stuart Dallas, Mateusz Klich and Luke Ayling snatched at opportunities to open the scoring before the break.

Arsenal needed to show more intensity, but they were dealt a major blow when Pepe was dismissed by referee Anthony Taylor following a VAR check after clashing with Alioski off the ball.

Leno came to the Gunners’ rescue again to turn a rasping drive from Dallas over the bar and Ayling could not sort his feet out when he had a golden chance laid on a plate for him by Raphinha.

Rodrigo replaced Ayling just after that missed opportunity as Marcelo Bielsa threw caution to the wind and the Spain forward smashed the bar with a superb left-footed strike 11 minutes from time.

Cooper was relieved when Aubameyang’s effort hit him on the arm in the area but struck his leg first before Illan Meslier superbly denied Bukayo Saka when he raced clear.

Bamford rose to nod against the woodwork with three minutes of normal time to play and Raphinha, making his first start, also rattled the post in stoppage time as Arsenal clung on.