Who else listened to what Garba Shehu actually said on BBC Hausa Service? 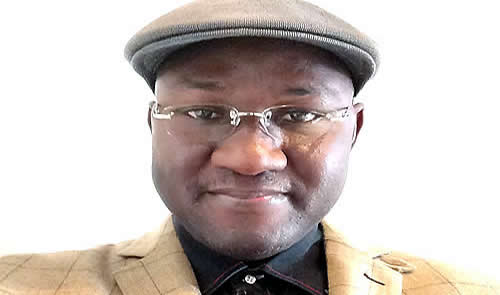 Comrade Ibrahim Khalil, who passed away on October 7, this year, while on active national service of the union in Abuja, the Federal Capital Territory was indeed an icon of many faces.

He was a dear brother and colleague in Wudil traditional ruling class, under the rulership of former Makaman Kano and District Head of Wudil, Alhaji Abdullahi Sarki Ibrahim.

In the process of discharging our responsibilities as traditional title holders in the District and as the sons of the soil, one thing that remains permanent in my memory and mind, is that late Khalil was an upright person, straightforward, goal getter, mission accomplisher, trustworthy, honest, dedicated, perseverant, intelligent, patient, courageous, emancipator and above all, God fearing.

In fact, if not for the destiny of God and the conviction and belief that death is inevitable and that it is the necessary end of all living things and the fact again that all living things are mortal and that no one will live to eternity, nobody would wish death to snatch the life of Comrade Khalil at this very moment.

For late Khalil, he lived a life well accomplished worthy of emulation not only in Wudil Local Government Area, Kano State, but the whole country and beyond. He was able to carve a niche for himself in his service to humanity. His progression in the state civil service, as an employee of the local government administration in Kano and by extension his unionism, which he started from the scratch, that is, from local government to state and federal levels, was something to reckon with.

He impacted positively in the local government administration not only in Kano State alone, but the nation as a whole and across the globe at large. His unionism took him far and wide within and outside the African continent. Until his death, he was the national treasurer of the Nigeria Labour Congress (NLC), the highest trade union in the country, which is even a member of the International Labour Organisation (ILO).

The late NULGE boss was instrumental to many reforms in local government administration in the country. It would be recalled that of recent, he toured the states of federation campaigning for the total autonomy of the local administration in the country with the hope that the local government system in the nation would be allowed to operate freely or liberated from the hands of state governors who, his union felt, were making things difficult for the system.

Late Khalil was born on October 19, 1967 and attended Wudil PrimarySchool, then Wudil Commercial College, Sumaila Teachers College and School of Management Studies under the Kano Polytechnic as well as Ahmadu Bello University, Zaria in Kaduna State.

During his life time, his working career took him to the prestigious National Institute of Policy and Strategic Studies (NIPSS), Kuru, near Jos, the capital of Plateau State to study, where he subsequently qualified for the position of becoming Member of National Institute, popularly addressed as mni.

The deceased had excelled in rendering humanitarian services where he touched the lives of many people within and outside the shore of Wudil Local Government Area. To this effect, he was able to establish a foundation, popularly called ‘Ibrahim Khalil Foundation.’ In his vision to serve his people through the above foundation, he initiated various programmes in the areas of poverty alleviation and promotion of quality education. So far, the foundation has been offering free scholarship to over 180 both young men and women every year.

He also established Islamiyya, Qur’anic primary and secondary schools in various areas and empowered many against ignorance, including religious morality and self-reliance – among the people through the promotion of agriculture, securing job opportunities at various ministries, local government areas, federal and state levels.

The late Jarman Makaman Kano fed many disabled men and women that include lepers and blind persons. He donated computers, buses and tricycles among others to deserving downtrodden. Many students benefited from his magnanimous gestures where he sponsored many of them to undergo computer trainings at various institutions within and outside Kano. His foundation established Islamic institution/standard central Mosque at his residence at Wudil GRA side.

For the death of Khalil, we will remain prayerful for the repose of his soul and we believe that: “From God we came and to Him we shall return.” Like I mentioned earlier, nobody will live eternally, but only that some people live till they attain old age, while some die even before they are born. Yet some die at the peak of their career. It is often said that good people die first. Perhaps, this is the case of Comrade Khalil who died at the above quoted date, which is equivalent to Safar 19, 1441 AH.

Conclusively, I think it is highly recommended that his name should be immortalized by the authorities in the country, be it at state or federal levels.

Yakubu Adamu, is a former Pro-Chancellor/Chairman, Governing Council of University of Maiduguri, and one time Executive Chairman of Kano State Universal Basic Education Board (SUBEB).