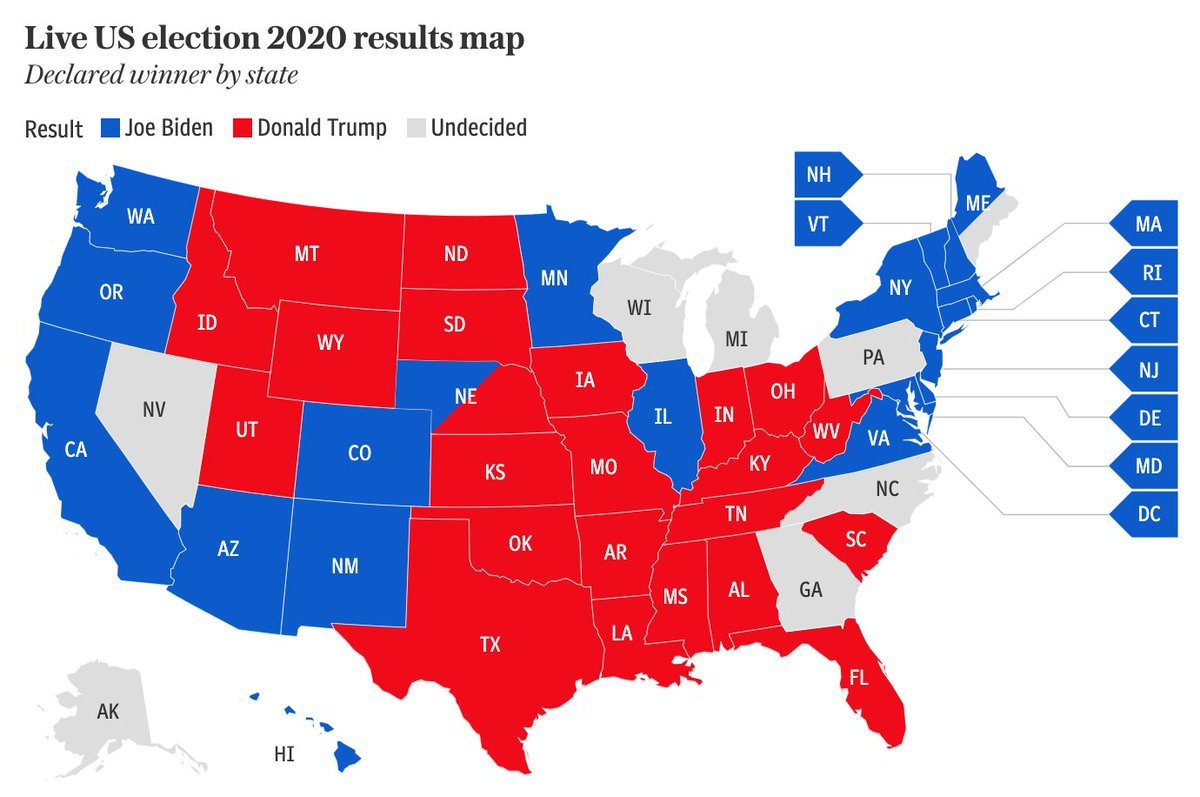 One of the focal points of the election has been the progress of vote counting in Maricopa County where Joe Biden outperformed expectations to flip the county, and in turn, win the state of Arizona.

It was a crucial victory but one that Donald Trump is refusing to concede.

The next batch of vote counting for Maricopa County will be announced at 4 pm Sunday and could have significance on Trump’s final weeks in the White House. He has pledged to file a lawsuit in Arizona but if Biden can build an insurmountable lead he may be dissuaded from going ahead with it, particularly given the expensive legal actions and recounts that he has committed to elsewhere.

Well, the full list of states won by Joe Biden and Donald Trump in the Us Election 2020 has emerged.

According to reports, the list of the states won by the United States presidential candidates is coming after Joe Biden was on Saturday declared the winner of the US Presidential election for the year 2020.

The 2020 US Presidential Election was called for the Democratic Party candidate, with the challenger picking up 284 electoral college votes, after Associated Press called Pennsylvania for Biden.

Apart from Pennsylvania, the Associated Press also called Arizona, with 11 electoral college votes, for Biden, although a number of other media outlets in the United States are yet to do so, leaving the former US Vice President on 279 for them (including Nevada), still enough to win the election.

Biden currently leads by over four million votes in terms of individual ballots counted across the US , with 74,811,378 to incumbent President Donald Trump’s 70,554,537.

It was reported that there are 538 electoral votes up for grabs in total in the ongoing US presidential election, with a candidate needing half plus one of this number – 270 – to be elected president.

Please note that AP has called Arizona for Biden, but many other outlets are yet to.