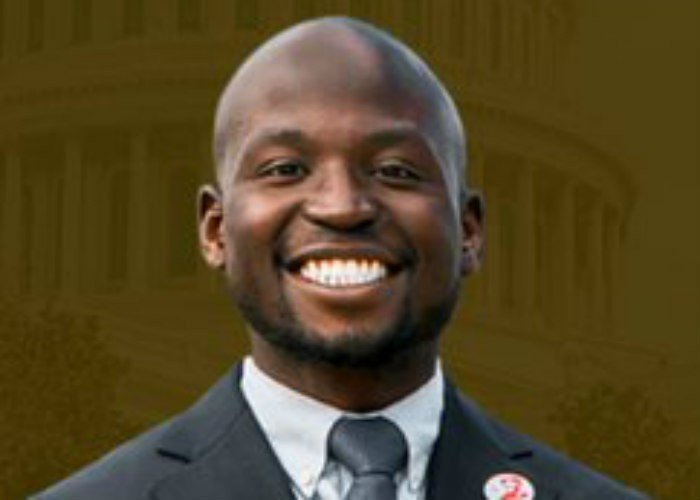 Nigerian-American, Oye Owolewa, has been elected as a shadow member of the United States House of Representatives from the District of Columbia.

According to election results on the website of the District of Columbia Board of Elections on Wednesday morning, Owolewa polled 81.59% of the votes, which represents 164,026 votes against Joyce Robinson-Paul, who scored 18,600 votes, and Sohaer Syed with 15,372 votes.

Owolewa, whose father is from Kwara State and mother is from Oyo, was elected on the platform of the Democratic Party in the election.

Congressional elections held Tuesday with all the 435 seats in the US House of Representatives, and 35 of the 100 seats in the Senate up for grabs.

The PhD holder in Pharmacy from the Northeastern University, Boston, is one of the nine Nigerian-Americans on the ballot in Tuesday’s general elections in the United States.

The campaign website of the 30-year-old reads, “In 2018, he was elected commissioner of his neighbourhood in SouthEast DC. Lastly, Oye has been an advocate for DC statehood, leading to his run to be your next representative.

“He launched TaxFreeDC as a movement to combat DC’s taxation without representation. TaxFreeDC declares that until DC statehood is achieved, DC’s tax revenue shall no longer go to the federal government. Oye believes our money belongs here for DC priorities instead of going to a government that fails to recognise us.”

“I want to thank everyone, from family and close friends to DC residents.

“Because of your contributions and sacrifices, I stand before you as America’s first Nigerian-American congressman.

“In this role, I’m going to fight for DC statehood and bring our values to the lawmaking process. While today is the day for some celebration, the hard work also follows.

“Again, thanks so much for everything. I wouldn’t be here without yall.“