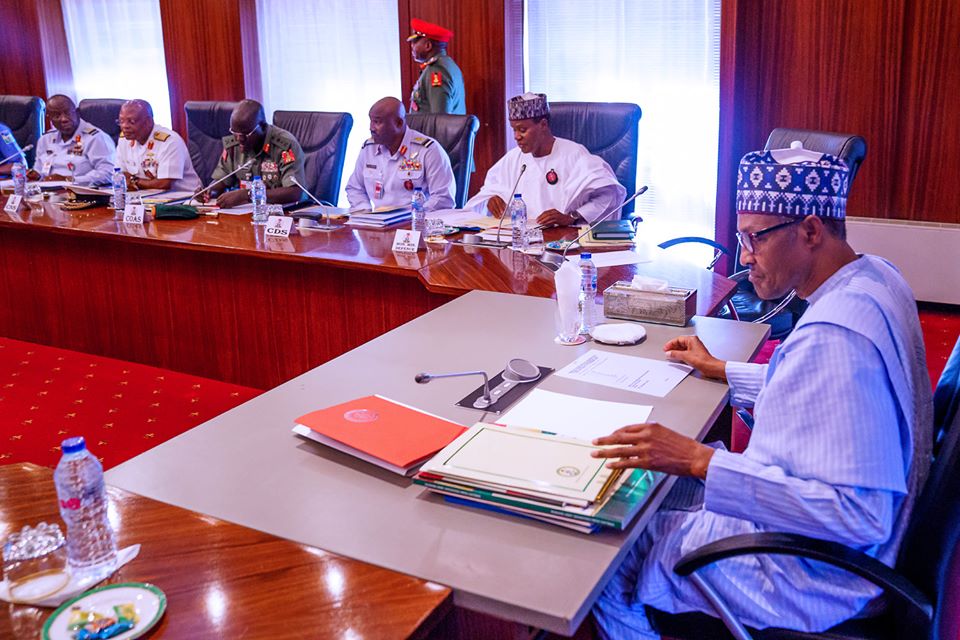 Though the agenda is yet to be disclosed, the impromptu meeting, which started about 10am, was reportedly convened by Buhari to consult over recent social and security developments in different parts of the country.

All the former Heads of State and Presidents participating in the meeting are linked virtually while the security heads are in the Executive Council Chambers of the State House with the President.

Those present at the Council Chambers with the President include Vice President Yemi Osinbajo; Secretary to Government of the Federation, Boss Mustapha and Chief of Staff to the President, Professor Ibrahim Gambari and National Security Adviser, Major General Babagana Monguno(Rtd).