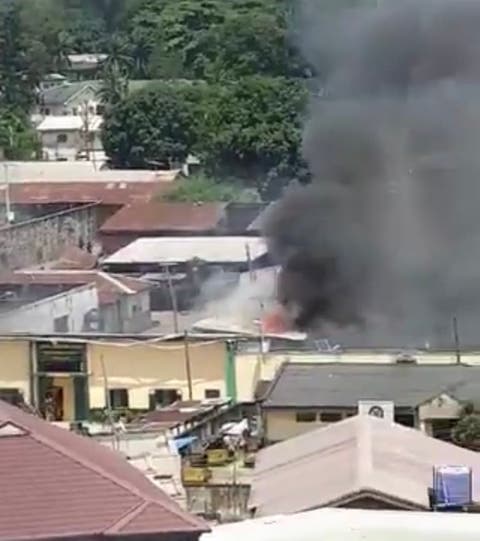 Policemen and soldiers have been deployed at the Ikoyi Correctional Centre as part of effort to stop attempted jailbreak.

A video clip already trending shows smoke billowing from parts of the centre while inmates are seen running.

It was learnt that the prison authorities had immediately notified the police and the military authorities for backup.

The eyewitness, who wished to remain anonymous, said, “I can see them from my balcony at the moment. Soldiers and policemen have arrived. I saw prisoners throwing stones and I saw fire.
“A lot of the prison officials have gathered at the entrance of the prison while some of the inmates have retreated.”