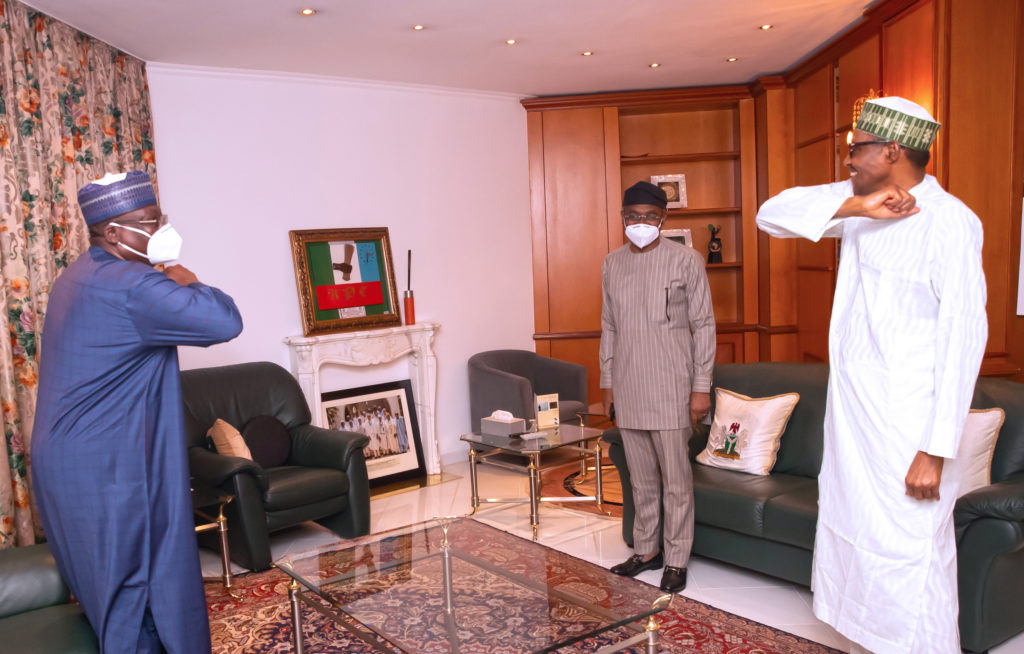 President Muhammadu Buhari on Sunday met with the leaders of the National Assembly over the ongoing protests regarding the dissolution of the Special Anti-Robbery Squad (SARS).

Present at the meeting that held at the State House in Abuja were Senate President of the Senate, Ahmed Lawan; and the Speaker of the House of Representatives, Femi Gbajabiamila.

Bashir Ahmad the President’s personal assistant on new media disclosed this via his official Twitter handle.

Following the meeting, the leadership of the National Assembly called for an end to the protest marches across the country.

According to NASS leadership stating the demands of the protesters have been met.

Speaking to State House correspondents the Senate President Ahmed Lawan urged the protesters to give the government time to work on their other demands.

He said the demonstrations that now involve blocking of roads will have an enormous economic impact on the country.

The Speaker of the House of Representatives also called for an end to the protests, arguing that policy matters cannot be met overnight.

He however congratulated the protesters for a job well done assuring them that they can continue with the protests if their demands are not met in two weeks.