Nigeria @ 60: A nation in need of a just society, by Hassan Gimba 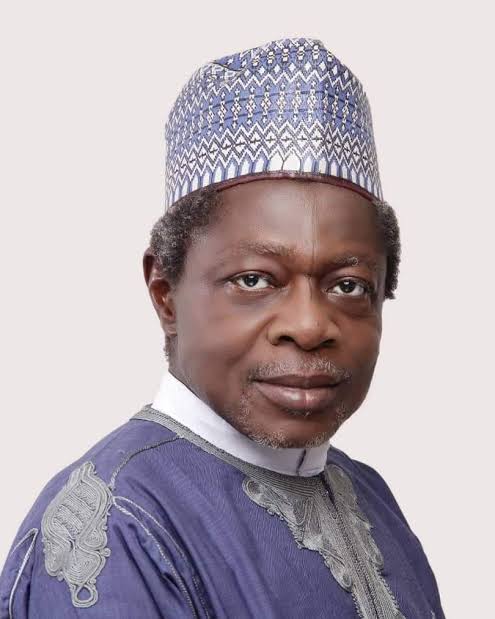 Nigeria ought to be a great country. We have all that is needed to transform our country into the envy of even the most advanced countries of the world. Nigeria is blessed with a plethora of intelligent, innovative, daring, competitive and egalitarian people. Then the land is favoured by the creator of the universe with an abundance of mineral resources, rivers, wildlife, tourist attractions and sunlight for alternative energy. One may not be exaggerating if one claims that Nigeria has all the ingredients for growth that other countries have few of.

But we know we are not living up to the expectations of the world for us. Well, there was a time we were. When Nigeria sneezed, the world of the oppressed caught a cold. That was when we nationalised assets to send a message to the world; that was when we led the fight for the total liberation of Africa from the evil clutches of apartheid. We took care of our citizens and were our African brothers’ keepers. Not anymore. Chances are that today we will fear to look Donald Trump in the eye or call the bluff of Boris Johnson for our citizens not to talk of Africans.

But then, governments had the backs of Nigerians and institutions were working – not personalised governance as obtained today. The Judiciary, termed the last hope of the poor, was strong because it had those who could look at state power in the face and tell it off because they had no skeletons in their cupboards. There was this story of Justice Yaya Abiodun Olatunde Jinadu who died on the 19 of October last year at the age of 94.

“In Salute to Courage”, a book written by a newspaper columnist, Mr Richard Akinnola, and published by Nigerian Law Publications Ltd in 1989, the Judge bowed out of the nation’s judiciary in September 1984 after standing up to be the last hope of the weak but the system was bent on having its will. In retiring, he said, “I cannot condone any attempt to destroy the judicial system in this country using me as a scapegoat.” That book is worth reading by all who desire a great country.

For a country to realise its full potential and grow into a great nation, its institutions must be strong to the extent that they achieve their mandates irrespective of who heads them. As it is now, our institutions more or less take the character of its head and the country suffers for it.

Not so the National Human Rights Commission, one of the few institutions steadily on course over the years in discharging its mandate. It was established by the National Human Rights Act, 1995, in line with a resolution of the General Assembly of the United Nations which enjoins all member states to establish Human Rights Institutions for the promotion and protection of human rights. The Commission which works in partnership with relevant government agencies/ministries such as Ministries of Education, Health, Women and Youth Development, Internal Affairs, Justice, Foreign Affairs, Police Affairs, etc, serves as a mechanism for the enhancement of the enjoyment of human rights. Its establishment is aimed at creating an enabling environment for extra-judicial recognition, promotion and protection and enforcement of human rights, thereby limiting controversy and confrontation.

The commission has wonderfully done its duty irrespective of who heads it or which government is in power. Sometimes you are tempted to think that it has remained on course because of those heading it but when you look at other national institutions headed by equally accomplished intellectuals, you begin to ask why the NHRC is different. Agreed it has dedicated and enthusiastic staff but they are Nigerians and it is their type that are in the other failing institutions.

An institution like the NHRC which is increasingly becoming the last hope of the poor because of the high expenses and time wastage in litigations deserves the support of citizens on whose behalf it is tirelessly working, but more especially that of the government. Successful arbitrations by the commission can go a long way in giving satisfaction to people who have lost hope in seeing justice and equity.

But that is not always the case. For instance, on March 23, 2020, NHRC accused the police in the Federal Capital Territory (FCT) of shooting live bullets into its premises, damaging properties worth millions of naira. Tony Ojukwu, its executive secretary, said the attack on its headquarters was the second between 2018 and 2020. The statement added that its officials investigating cases of human rights abuses by the police are also constantly harassed by police officers, apparently to intimidate and force them to hands off the cases. The attack came from police officers after members of the Islamic Movement in Nigeria (IMN) protested against the continued detention of their leader, Sheikh Ibrahim El-Zakzaky.

These types of actions forced Amnesty International (AI) in April 2012 to accuse the Nigeria Police Force of intimidating and harassing the commission when it summoned Chidi Odinkalu, then chairman of the Governing Board of the NHRC, to appear before their Criminal Investigation Department for questioning over his statements accusing it of extrajudicial executions. The AI’s Africa director, Erwin van der Borght, said at the time: “The police ought to be spending their time and energy investigating allegations of extrajudicial executions, enforced disappearances and torture committed by their officers, rather than harassing the National Human Rights Commission. This police intimidation and harassment of the NHRC is deeply disturbing. The Nigeria Police Force must immediately stop undermining the Commission’s ability to carry out its mandate, which is in line with Nigeria’s international human rights obligations and commitments.”

A nation without any mechanism to dispense justice appropriately to its citizens, whether high or low is a nation hurtling towards self-annihilation because a nation without justice is a nation without a soul. Highly dissatisfied with the prevailing degenerating conditions in Athens with its democracy on the verge of ruin, which ultimately led to Socrates’ death, Plato came up with his own theory of justice. According to him, individually, justice is a human virtue that makes a person self-consistent and good; socially, justice is a social consciousness that makes a society internally harmonious and good.

While the NHRC is not empowered to dispense justice as expected of courts, its arbitration procedures and dogged protection of, and fighting for, the rights of citizens makes it a candidate to strengthen the soul of our country. While in most cases justice is bought in other institutions, the conscience of those at the commission so far can be said to be, like Pompeia, Ceaser’s wife, beyond reproach.

Peace is the fruit of justice; therefore we must do all we can to strengthen institutions concerned with a just society. Justice is all about guaranteeing each person the enjoyment of the rights given to him by God and the constitution of his country. We can never have sustainable peace without justice being done and seen to be done. Peace is the pillar upon which a nation’s development sprouts up and justice is the foundation.

Our 60th anniversary should be a time for sober reflection if we are really serious about our physical and moral development. Are our leaders in all honesty being just to the nation? A situation where a leader can get the best medical attention whereas an ordinary citizen cannot is worth looking at. It is not a testament of just leadership when the leaders swim in excess luxury at public expense while tens of millions go to bed hungry and without an idea where their next meal will come from.

We also have to be just in our economic development if we want to be among the top world economies. Our leaders need to ask why they keep German and Japanese people in employment against their own citizens. When the whole leadership straddling across the executive, legislature, judiciary, military and quasi-military prefer to spend billions of our money to buy for themselves German and Japanese cars for official use, then we strengthen those countries’ economy and keep their people in gainful employment. Do they not know that if they patronised our indigenous vehicle manufacturers with those billions, in a short while, they will be able to invest in their operations and compete more favourably with their foreign counterparts? This will, of course, create hundreds of thousands of direct and indirect jobs in the industry and ancillary services. And shore up our local currency. Same count for the oil and gas industry. How can we be comfortable with the fact that we are the only oil-producing nation that imports all its refined petroleum products? It’s akin to a big-time yam farmer going to restaurants to eat pounded yam every time while his barns are bursting at the seams and his servants are wasting away in idleness.

Nigeria at 60 is a time for sober reflection. We need to look at ourselves and tell ourselves some home truths. One of such truths is that we cannot continue the way we do things and expect a different country.  First and foremost, we have to look inwards and develop our potentialities. It is also time to imbibe the culture of doing justice to our people and country. That is a non-negotiable human right.