Japanese premier, Abe to quit due to poor health – Reports 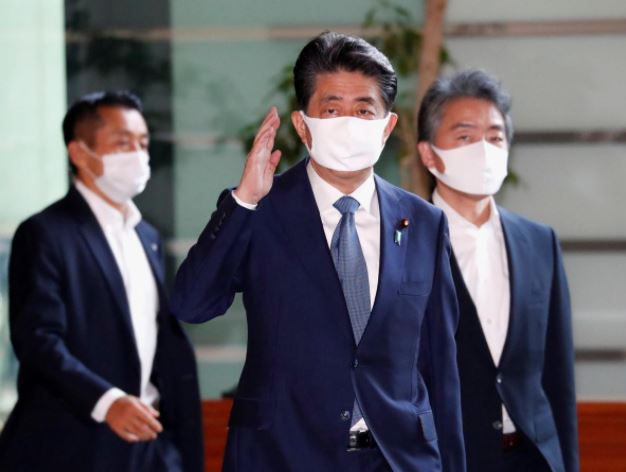 Japanese Prime Minister Shinzo Abe has decided to step down due to health issues, Kyodo News reported on Friday, citing an unnamed source from the premier’s ruling Liberal Democratic Party.

Abe will make the announcement at a news conference later in the day, Japanese broadcaster NHK reported.

The premier visited the hospital twice this month and found his intestinal illness, called ulcerative colitis, has deteriorated, according to NHK.

The sudden resignation would come amid a historic recession and a resurgence of the coronavirus.

On Monday, when Abe officially became Japan’s longest-serving prime minister, he had to revisit the hospital for additional tests, a week after a regular check-up there.

In July 2007, the disease forced Abe to abruptly quit as prime minister, only one year into the job.

Abe returned to power in December 2012.

Despite few significant accomplishments, he marked 2,799 consecutive days in office as prime minister on Monday.

He surpassed the previous record, set by his great-uncle Eisaku Sato, who served from November 1964 to July 1972 – a period of high economic growth in Japan.

Japan is struggling with a massive spike in coronavirus cases.

In August, the number of daily new infections exceeded 1,000 cases 15 times, including a record 1,601 on August 7, according to the Health Ministry.

Additionally, Japan’s economy – the world’s third-largest – in the second quarter shrank a record annualised 27.8 per cent, marking the third straight quarterly contraction, due both to the pandemic and a consumption tax hike last year. (dpa/NAN)