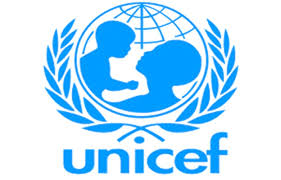 This represents nearly a third of the world’s 1.5 billion school children  affected by the closures, according to the report released by the UN Children’s Fund (UNICEF) on Thursday.

UNICEF said the situation was mainly due to lack of remote learning policies or lack of equipment needed for learning at home.

The report highlights significant inequality in access to remote learning across regions, with school children in sub-Saharan Africa the most affected.

According to UNICEF,  half of all students in sub-Sahara Africa cannot be reached with remote learning.

It said the study examined the availability of home-based technology and tools needed for remote learning among pre-primary, primary, junior and senior secondary school children, with data from 100 countries.

Data included access to television, radio and internet, and the availability of curriculum delivered across these platforms during school closures, according to the agency.

“Students in rural areas consistently represent the vast majority of those who cannot be reached by any of the three remote learning modalities analysed.

“This is irrespective of the country’s level of economic development.

“Overall, three out of four students, who cannot be reached live in rural areas, but in lower-income countries the percentage is even higher.

“In addition, students from the poorest 40 per cent of families account for a disproportionately high percentage of those who cannot be reached.

“Boys and girls were almost evenly represented among students who cannot be reached,” UNICEF said in a factsheet on the report.

It said the actual number of students left behind was likely significantly higher than estimated in the report, “which reflects best-case scenarios based on policies that were implemented and the technologies available in households.

“In many situations, despite remote learning policies and the presence of the necessary technology at home, children may be unable to learn due to skills gaps among their teachers or a lack of parental support.

News Agency of Nigeria (NAN) reports that the revelation comes as countries grapple with their ‘back-to-school’ plans following COVID-19 lockdowns.

Commenting on the findings, UNICEF Executive Director, Henrietta Fore, said the disruption of children’s education for months on end was a global emergency.

“The repercussions could be felt in economies and societies for decades to come,” Fore said.

To address the problem, UNICEF urged governments to prioritise the safe re-opening of schools when they began easing lockdown restrictions.

When reopening, it advised governments to incorporate “compensatory learning for lost instructional time into school continuity and reopening plans”.

“School opening policies and practices must include expanding access to education, including remote learning, especially for marginalised groups.