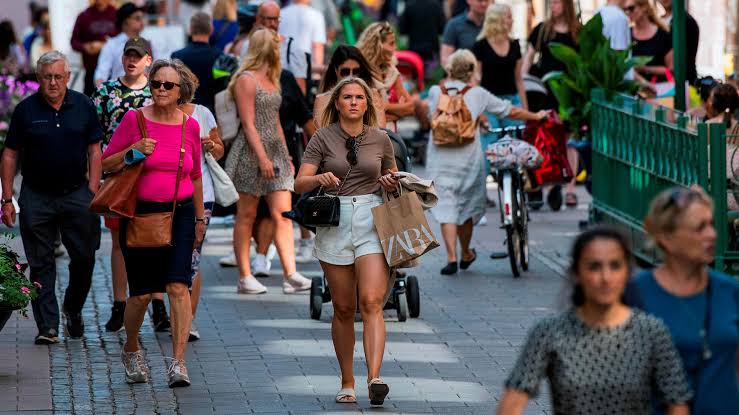 Sweden, which avoided a lockdown during the height of the Covid-19 pandemic, saw its economy shrink 8.6% in the April-to-June period from the previous three months.

The flash estimate from the Swedish statistics office indicated that the country fared better than other EU nations which took stricter measures.

However, it was still the largest quarterly fall for at least 40 years.

Individual nations did even worse, with Spain seeing an 18.5% contraction, while the French and Italian economies shrank by 13.8% and 12.4% respectively.

“The downturn in GDP is the largest for a single quarter for the period of 1980 and forward,” Statistics Sweden said.

“It is, as expected, a dramatic downturn. But compared to other countries, it is considerably better, for instance if you compare to southern Europe,” said Nordea bank chief analyst Torbjorn Isaksson.