In memory of Professor Haruna Wakili 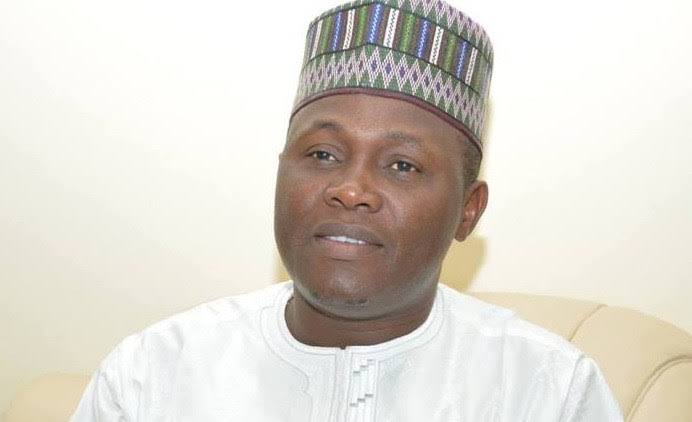 The geographically more contiguous part of the North-East to the Lake Chad Basin – namely Borno and Yobe States – had seen wrenching socio-economic and environmental challenges that stretched several decades.

Along with the Boko Haram terrorist insurgency, which has tapered off somewhat but has yet to totally peter out, these challenges have upended the lives and livelihoods of people in the two states in ways that continue to unfold to this day.

Let me begin with a recollection of some of these challenges from nearly twenty years ago.

On August 13, 2003, February 21, 2004, and March 20, 2004, for instance, the Daily Trust and Weekly Trust (now called Daily Trust on Saturday) ran lead investigative stories I wrote as the newspapers’ regional editor in Maiduguri titled “Lake Chad Basin: Life as the Lake Shrinks”, “Lake Chad: Politics of Oil and Neglect”, and “Oil in Lake Chad: Is Kupolokun Playing Politics?” respectively. The stories were part of a series of reports spanning several months that took me across many communities in Borno and Yobe States and to the shores of the Lake Chad, as well as twice to the Chadian capital, Ndjamena.

The reports were an attempt to understand – and highlight – the impact of the receding of the Lake Chad to less than 30 percent of its original size on the socio-economic wellbeing of the over 28 million people who depended on it for their livelihood across Nigeria, Niger, Chad, Cameroon, and Central African republics.

“A humanitarian and environmental disaster, with wide ranging socio-economic implications, is sweeping across the Nigerian sector of the Lake Chad Basin”, the lead story titled Lake Chad: Politics of Oil and Neglect noted. “The Lake, which is the fourth largest in Africa, continues to shrink, making thousands of farming and fishing communities to migrate out of the area. In addition, the refusal to resume oil exploration by the federal government has effectively sealed off the fate of this naturally endowed region.

“According to statistics from the Lake Chad Basin Commission (LCBC), which coordinates the use of the Lake Chad among its catchment areas of Nigeria, Niger, Chad, Cameroon, and Central Africa, Nigeria has the highest population within the conventional Basin. It has about 18 million people, followed only by Chad Republic with nearly seven million. A high percentage of the population in the Nigerian sector are fishermen and farmers who use the waters of the Lake Chad, round the year, to engage in fishing and (largely) subsistence agriculture. They grow cowpea, onions, tomatoes, beans etc, which generate a lot of income and plug the holes of unemployment…

“As things stand now, most of the vast agricultural land in the area is not being put to use because of insufficient waters and farm inputs, as the Chad Basin Development Authority (CBDA), which is designed to significantly increase food and cash crop production through the development of large scale modern irrigation and drainage infrastructure, has crumbled in the face of years of neglect”.

Before and since the Daily Trust published these lead stories 17 years ago, these two states have also grappled with effort not only to re-tool agriculture but also to provide qualitative education to their people and address the challenge of youth unemployment. And from ten years ago, the situation got murkier and became compounded with the Boko Haram insurgency.

Unfortunately, when it first began in the early 2000s as ‘Taliban’ in the Kanamma area of Yobe State, Boko Haram was not treated with the firmness, nuance, and appropriate case-definition deserving of an emergent terrorist threat. From 2009, following the killing of its leader, Muhammad Yusuf, Boko Haram metamorphosed into a monster that has largely continued to this day.

It is true that in over ten years since it started as a terrorist insurgency, Boko Haram had displaced more people and possibly wreaked more economic havoc than the receding of the Lake Chad has. As everyone knows, its campaign of despicable violence has led hundreds of thousands of people to lose their lives and livelihoods and thousands more to become maimed for life. But between the environmental disaster that was the receding of the Lake Chad and Boko Haram as a security and humanitarian disaster, almost every person living in Borno and Yobe States has had their share of intimate personal loss.

But while this continues to hold true across the two states, it is not out-and-out gloom and doom. The spectre of violence and the sores of years of socio-economic problems might have tasked the patience of everyone in Borno and Yobe States, but a resilient political leadership is now arguably to the rescue and an awfully long and painful past is steadily being painted over.

It started with former Governors Gaidam and Shettima before their successors – Buni and Zulum – picked the baton. Paradoxically, Gaidam’s and Shettima’s leadership was put to the test – and shone the brightest – at the tempest of the Boko Haram crisis. Both leaders went over and beyond the call of duty to give their time and attention and the resources of their states to the effort to restore peace and security. At a time that a former government at the center was accused of being negligent and cavalier about the Boko Haram crisis, Gaidam and Shettima mobilised their populations and deployed their states’ monthly earnings to help the security agencies in their states to confront the threat posed by the insurgents.

And while they were at it, the two leaders – each at his own pace and in his own style – executed wide ranging projects and programmes that reversed decades of underdevelopment and gave people hope of a brighter future. As a result of their effort, agriculture, education, healthcare, water supply, and the civil service, amongst other sectors, all made significant progress in the two states.

Governors Buni and Zulum have taken after Gaidam and Shettima at a time of great economic uncertainty for the country. Old wounds, including Boko Haram, have festered. The ranks of the poor and the job-seeking have swelled. And public expectation from elected leaders has never been greater.

What the two governors have done in Yobe and Borno states within just their first year in office – and what their predecessors have done over the last eight years – clearly redound to the fact that while it may still be years away from addressing chronic socio-economic ills that have plagued the people for long, an era of hope and resurgence is clearly underway. In a few years from now, I make bold to say, the ‘North-East’, in the sense in which people refer to Yobe and Borno States, will no longer be an outlier in the nation’s development calculus. Instead, it will be a force to reckon with, a force backed by a retrofitted and professionally managed agricultural sector and an ascendant economic outlook.

This is no mere wish or blind optimism. Anyone who doubts the possibility – and capacity – of Yobe and Borno States to roar back to reckoning should check with the surfeit of developmental programmes taking place in Yobe today, including the construction of markets and roads, hospitals and health centres, schools and housing projects. Or you can check with the unbelievable work that Governor Zulum is doing and the support he is providing to the people affected by Boko Haram violence.

This is the meaning of resilience – the capacity to pick yourself up, dust yourself off and muster on believing that better days still lie ahead.

For a resurgent Yobe and Borno States, better days indeed lie ahead.

Bego is Governor Buni’s Commissioner for Home Affairs, Information and Culture and sent in this piece from Damaturu, Yobe State.