Senate invites minister, CBN, others over ‘financial crimes’ by IOCs 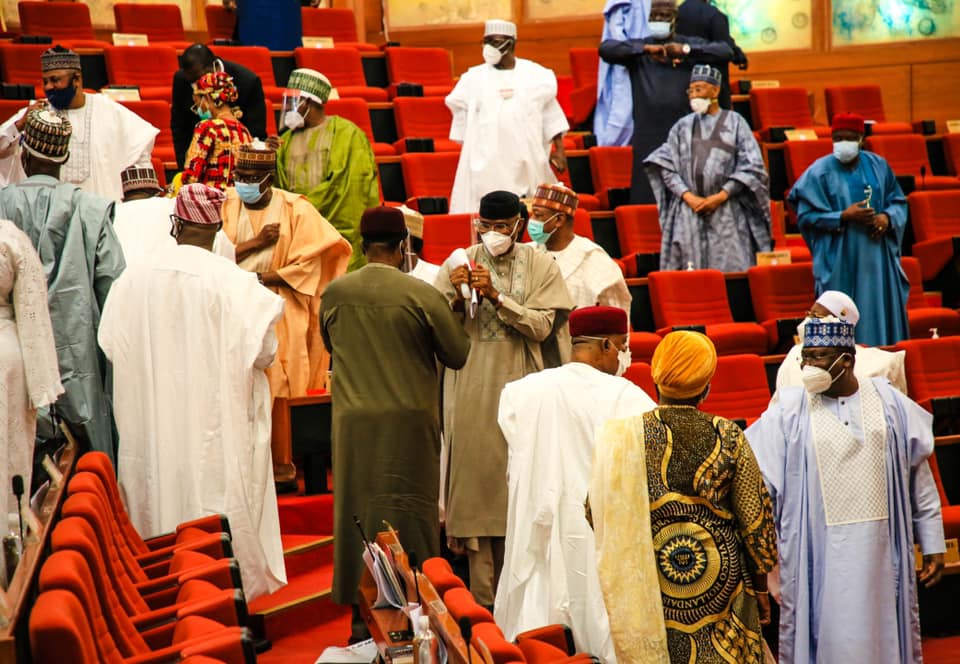 The upper chamber of the National Assembly, the Senate on Wednesday summoned the Minister of Finance, Budget and National Planning, Zainab Ahmed, to brief it on measures being put in place to curb revenue leakages through tax evasion, money laundering of proceeds of corruption and other illicit financial flows by international oil companies (IOCs).

Also invited are the Heads of the Nigerian Financial Intelligence Unit (NFIU); the Nigerian Export-Import Bank (NEXIM) and the Nigerian National Petroleum Corporation (NNPC), among others.

The upper chamber also called for an appraisal of the FIRS’ framework for tracing, identifying, preventing and sanctioning cross-border tax evasion and other illicit financial outflows.

The lawmakers mandated its designated Committees to come up with a “holistic legislative framework on how to repatriate lost revenue due to illicit financial flows, mitigate such future unabated flows and provide an efficiency strategy for the reinvestment of repatriated resources into the Nigerian economy”.

These resolutions of the Senate followed a motion entitled: “The need to review the domestic legal framework against illicit financial flows and to consider the creation of a Tax Amnesty for the voluntary repatriation of funds to Nigeria.”

It was sponsored by the Chairman Senate Committee on FERMA, Senator Gershom Bassey.

Bassey in his lead debate cited a 2014 Global Financial Integrity Report said: “Nigeria lost a minimum of US$140 billion to illicit financial flows between 2000 and 2014, mainly to crude oil and commercial activities mis-pricing.

“This economic loss to the country was not abated, as Nigeria was ranked among the global top 30 countries of illicit financial outflows by dollar value, with $8.3 billion in illicit outflow from Nigeria in 2015.”