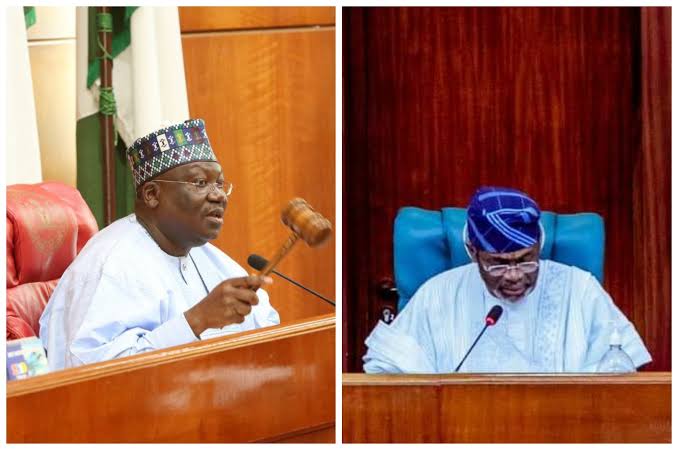 The National Assembly has announced the suspension of the implementation of federal government plans to engage 774,000 Nigerians on public works.

In a joint statement issued by the two chambers of the National Assembly, the lawmakers said they were concerned about the proper and effective implementation of the engagement of 774,000 public workers
and wished to restate their commitment to the success of the programme.

The National Assembly said for the benefit of doubt, it needed to remind “members of the public that the Legislature was part of the
conception of the programme, approved it and appropriated funds for its implementation as part of the COVID 19 response strategy”.

“Thus, in line with its constitutional oversight function, it has mandated its Committees on Labour and Productivity to immediately invite the Hon. Minister for Labour and Productivity and any other relevant officials of the Ministry to appear before the joint committee to brief it on the modality for the implementation of the
engagement of 774,000 persons for public works.

“In accordance with the constitutional imperative of oversight, the Legislature being important stakeholders in the democratic process, and elected representatives of the people, needed to be appraised of modalities for implementation for effective feedback to our constituents and in ensuring that our constituents optimally participate in and benefit from the process”.

“In view of the foregoing, the implementation of the programme shall be on hold pending proper briefing of the National Assembly by the Minister of Labour and Productivity.

“The National Assembly will ensure transparency of the process just as done with the National Social Register by the Ministry of Humanitarian Affairs, Disaster Management and social Developments,” they said.