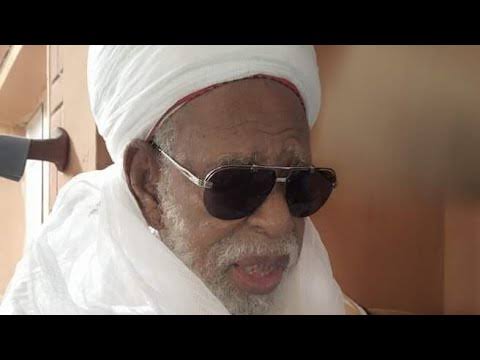 By Najib Sani, Bauchi
The renowned Bauchi based islamic preacher, Sheikh Dahiru Usman Bauchi has cautioned government at all levels to respect the rights of almajiris and avoid abolishing the ‘tsangaya’ system of Qur’anic studies.

Speaking at a meeting of the Tsangaya schools, proprietors and stakeholders held at Zaranda Hotel Bauchi, the cleric said the Nigerian constitution has given all Nigerians rights to freedom of movement and association saying banning almajiris from acquiring Qur’anic education under the traditional system is tantamount to violation of their inallienable rights.

“We have rights under the laws of the land to live whereever we want to live and to practice our religion. Qur’anic pupils and their teachers have these rights and henceforth we will not accept violations of these rights in the name of banning ‘almajiranci’ and forceful repatriation of our pupils from one place to another as though they are animals”. He decried.

According to the Sheikh, the tsangaya system of Qur’anic education existed for about 1,000 years opining that it is unfair for any government to abolish it over night.

He said governments should instead transform the system in order to address the problems associated with it.
Presenting Paper on the right of Almajiri under Nigerian law, a guest speaker Barrister Aminu Balarabe Isa said ​ any action to ban the Almajiri system contravenes sections 18 of the constitution which says ‘government shall direct its policy towards ensuring equal opportunities to educational opportunities’.
He attributed street begging to abject poverty in the land pointing out that even with the repatriation of the almajiris by governors, some adults still beg on the roads.
The guest speaker therefore tasked the federal and state governments on the introduction of poverty alleviation programs and more social welfare programs with a view to tackling poverty in the society.