'Gunmen killed' in raid on stock exchange in Pakistan 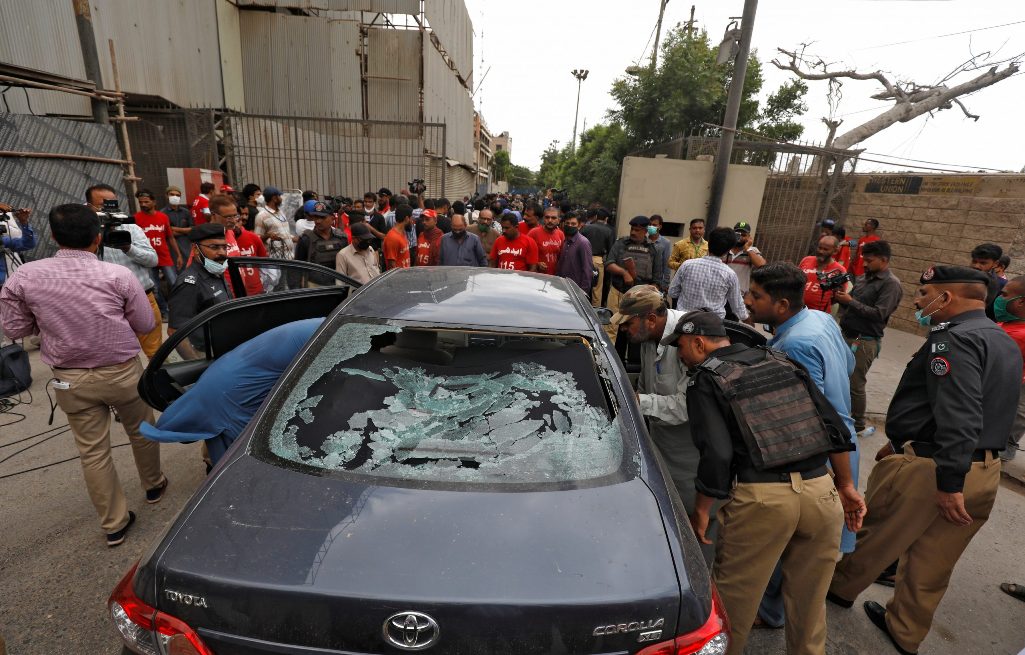 Gunmen have attacked the Pakistani stock exchange in the southern city of Karachi, killing at least two people and injuring others.

The assailants stormed the exchange after launching a grenade attack at the main gate to the building.

Militants from the Baloch Liberation Army say they were behind the attack.

Ethnic Baloch groups have fought a long-running insurgency for a separate homeland and a greater share of resources in Pakistan’s Balochistan province.

Monday’s attack began when the militants armed with automatic rifles threw a grenade and then began firing at a security post outside the stock exchange.

Reports say most people managed to escape or hide in locked rooms. Those inside the building were being evacuated from the back door.

The stock exchange has offices for hundreds of financial institutions and is situated in a high security zone along with head offices of banks and other businesses.