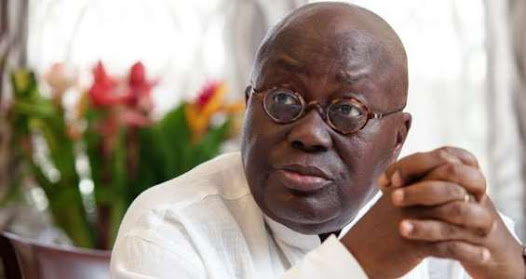 The government of Ghana will rebuild the demolished building belonging to the Nigerian High Commission in Accra, Ghana, Speaker of the House of Representatives, Rep. Femi Gbajabiamila has said.

According to Gbajabiamila, the Ghanaian government has also promised to cede the property as well as all documents relating to it to the Nigerian embassy. Gbajabiamila disclosed this on his official social media pages on Friday where he revealed that the promise was secured through a telephone discussion he had with the Speaker of the Ghanaian Parliament, Rt. Hon. Aaron Mike Oquaye, on Thursday.

The Ghanaian Speaker had assured Speaker Gbajabiamila that the parliament will work with their Executive to ensure the matter is resolved diplomatically.

In a statement by his Special Adviser on Media and Publicity, Lanre Lasisi, the Speaker, who expressed sadness at the demolition of the embassy structure had promised to take the issue up with his Ghanaian counterpart. His words on his Twitter page read, “Yesterday (Thursday) I had a good and constructive discussion with His Excellency Rt. Hon. Aaron Mike Oquaye, Speaker of the Ghanaian Parliament. He reassured me of the respect and regard the people of Ghana have for Nigeria.  “He stated the Ghanaian government is taking the demolishment with all seriousness and has taken the following actions: 1) Perpetrators have been arrested and investigation is ongoing; 2) the Property will be ceded and all documents handed over to Nigeria under the Compulsory Acquisition Act of Ghana; 3) the destroyed High Commission quarters will be rebuilt by the government of Ghana”.

According to Gbajabiamila, his Ghanaian counterpart stated firmly that “Ghana will not allow anyone to peril the deep and long relationship between our two countries. Together, we will find sustainable ways to rebuild good relations btw our countries and unite our people in our collective interest as Africans”.

Recall that the Speaker had promised to take the issue up with the Speaker of the Ghanaian parliament while meeting with the Minister of Foreign of Affairs on Tuesday, June 24 at the National Assembly where he declared that the demolition of some part of the nation’s Embassy in Accra was an affront and insult on the sovereignty of the Nigerian nation.

Gbajabiamila expressed sadness at the demolition saying, “I think we should make it clear to the authorities in Ghana that Nigeria is not going to sit down and fold its arms”, and play the big brother. “Attacks on Nigerians in other countries, especially in other African countries has become a recurring decimal in the nation’s foreign policy engagements, adding that many countries within Africa have taken the liberty of hurting Nigerians, while Nigeria looks the other way in the name of brotherhood.

“We all have a responsibility to make sure that we uphold the honour and integrity of the country that we serve. The Minister has explained what happened and what they have done or doing. But I think we should look at it from the premise that it was the Nigerian State that was attacked, not just a building. “In terms of visibility and otherwise of the property, I want to say that it is trite to understand that all countries exist through their Embassies in other countries. So for that reason, Nigeria was attacked by Ghana because if anything happens in Ghana, it’s the Nigerian High Commission that Nigerians will run to and get protection due to the diplomatic immunity that it should enjoy”