Breaking: Willian, Pedro to stay at Chelsea till end of season 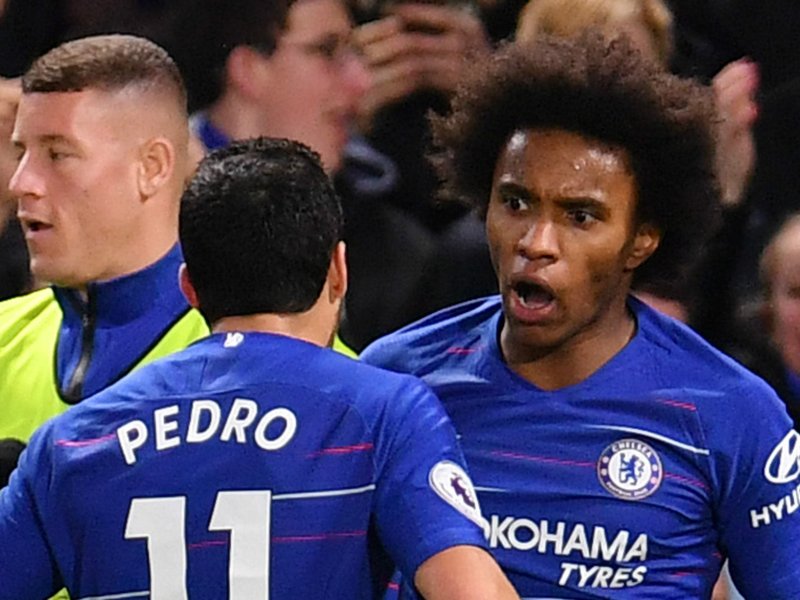 Willian and Pedro have agreed short-term contracts with Chelsea to see out the remainder of the season.

Clubs have until midnight to declare any short-term extensions, with both Willian and Pedro now agreeing to stay at Chelsea beyond the June 30 expiry of their original contracts.

Pedro is joining Roma when his extended contract ends, while Willian still has not agreed a deal beyond the end of this season.

Willian started Chelsea’s win over Aston Villa on Sunday but Pedro was an unused substitute.

Willian has reported interest from Tottenham, Arsenal and Manchester United.

Chelsea faced losing four players at the end of June when football was originally suspended in March but have since extended deals for Olivier Giroud and Willy Caballero for another season and have now secured the services of their wingers until July 26.

The club have eight remaining Premier League games as they aim for a place in the Champions League next season and could feature in the FA Cup final on August 1.

Chelsea next play Manchester City at Stamford Bridge on Thursday night in the Premier League with both players available for selection.